Annelies Monseré has been playing music solo since 2000. Initially the music was piano-based and mostly instrumental. Once she ‘discovered’ her voice, vocals became a main focus. The early songs had very simple structures and melodies, and the words were sparse and introvert. Musically, she experimented with different instruments such as cello, guitar, xylophone and melodica. 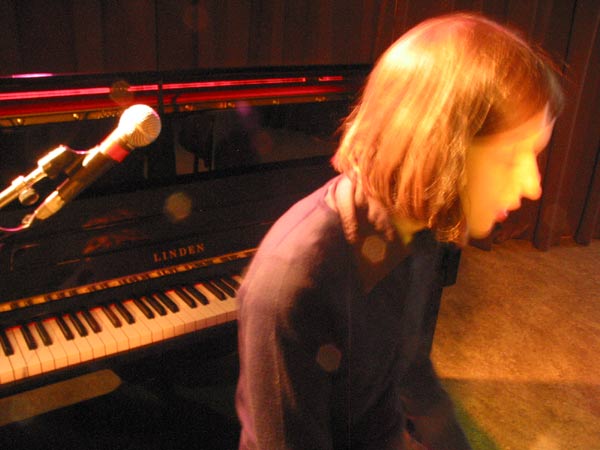 Her debut album ‘Helder’ (released by BlueSanct) was described as “a delicate album, complete with beautiful cracks and loads of tape-hiss. […] an intensely intimate album”.

After that came a string of eps. ‘somewhere someone’ on Morc Records featured a Hammond organ for the first time. This instrument led to new approaches in songwriting. This release deviates clearly from previous releases, with a darker and harsher sound. A split 10″ with Richard Youngs on Three-four showed how Annelies interpreted a single song in five different versions. After that came a split 7″ with Circle bros and the 10″ Nest, both on morc. these tracks show a strong focus on moody, folk-oriented material. most recent was the onesided 12″ verjaardag, in which drekka radically reworks some of the recordings from the Marit-album

2016 brough the release of the next full length album – Debris. This is in a way a step back and a move forward from her releases of the past couple of years. Backward, because it’s a lot more sparse, like her debut album Helder. And forward, because this album is more folk, doom and drone-infused than her previous work; Most tracks are focused on vocals and just a few instruments, but yet Monseré manages to produce a very full sound.

Besides her solo work she is also collaborating with Jessica Bailiff. An EP has been released by Morc Records, more is coming up. Her full band Luster has released it’s first 10″ (a split with Hellvete), and is also working on a full length.